5 Looks From the 2017 Emmy Awards We’re Obsessing Over

We’ve said it before, but we’ll say it again–awards season is honestly the best. This week brought on the 2017 Emmy Awards, where celebrities from the television and film industries alike all get together in Hollywood to celebrate their biggest and brightest.

Although we’re always hooked on who receives awards (props to Nicole Kidman for doing us Aussies proud), there’s something that stands out just that little bit more, especially from a beauty editor’s perspective. You’ve guessed it–we’re talking about the hair and makeup!

Awards season is the best time of year to pull out those stand-out trends that are sure to filter down into every fashion magazine, store, and eventually our faces. Here are the trends we’re lovin’ on from this year’s Emmy Awards.

5 Looks From the 2017 Emmy Awards We’re Obsessing Over 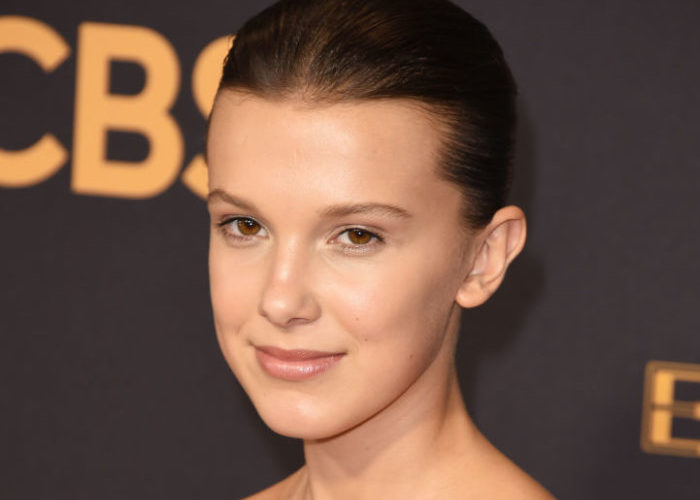 Flawless, glowy skin will always be in, but leave it to the baby of the group to knock it right out of the park. We’re alluding to this year’s teenage sweetheart, none other than British babe Millie Bobby Brown. With a starring role in Stranger Things and the most adorable pixie grow-out documented to date, this girl is doing pretty darn well for age 13. Yep, 13…we’re struggling to comprehend, too.

Achieve Millie’s look by firstly starting out with a hydrating primer, preferably one with a little radiance–we love the Becca First Light Priming Filter for this. Layer on a light to medium coverage foundation to even out your skin tone without overdoing it. Then, all that’s needed is a quick sweep of colour on the cheeks and lips (Millie loves lip gloss like any true tween should) and a little pencil through your brows to shade, without defining them too much. 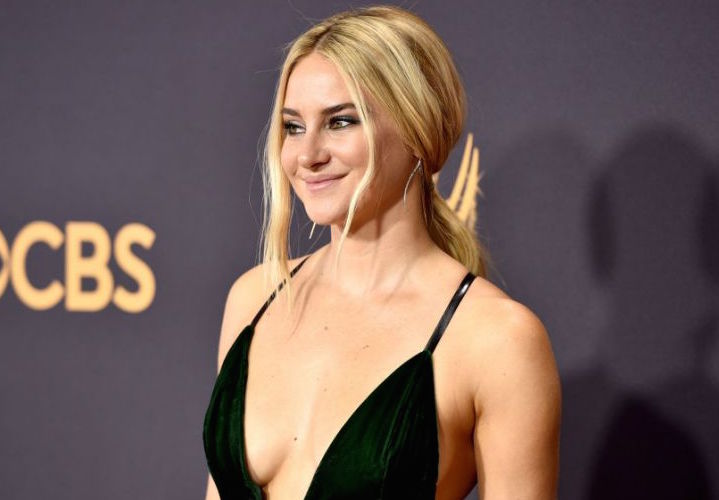 All quips about her lack of a TV aside (because she’s just that cool and edgy), Shailene Woodley rocked the Emmy Awards red carpet with a smoky emerald statement eye. Tying her makeup right in with her beautiful, plunging deep green dress, we love that Shai has opted to focus on the ‘windows’ of the face and keep everything else ultra-simple. Add in her fresh blonde locks and we can safely say that this look is absolutely killer.

Copy the Big Little Lies star by playing up your eye colour with shadow. Shai has been #blessed with gorgeous hazel-green eyes, so the use of similar hues on the lid help to accentuate them. Brown-eyed girls can use browns, pinks and purples, whereas blue-eyed babes should opt for aquas, blues and golds. Throw in a neutral lip colour and a little bronzer and you’ll be imitating Shailene’s look to perfection. 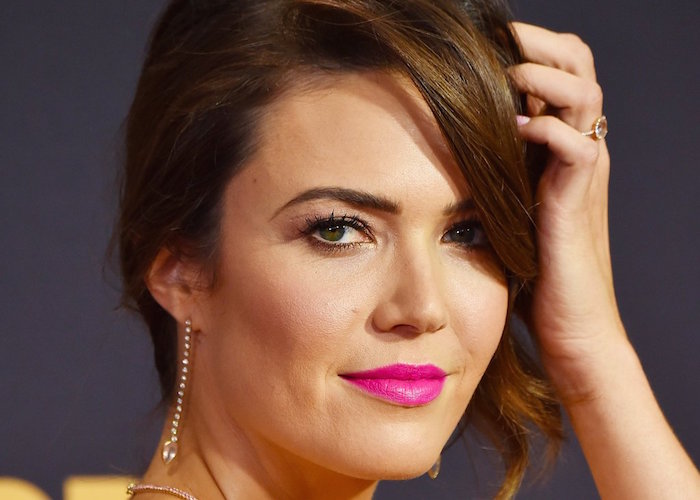 One trend we’ve peeped on quite a few stars this awards season is the fuchsia pink lip! It’s no wonder this stunning colour is doing the rounds in all of its forms, as it pairs well with so many colours and makeup looks. You can pair it with a smoky eye for total drama, or go ultra-light and natural to make it the focus of your look. It doesn’t need to be worn alongside a pink gown, either–we’ve seen celebs use it as the focal point with a black and white dress, or let clashing colours reign when pairing it alongside blues, greens and even reds.

Mandy Moore of This is Us fame (alongside many other hits we’re sure you’ll remember–Princess Diaries, anyone?) rocked a bold fuchsia lip at the Emmy Awards this year. We’re loving the way her MUA has paired the bright pop of colour with a neutral, slightly shimmery eye and a fluffy brow. Add in that gorgeous, luminous skin and Mandy is the absolute picture of subtle Hollywood glam. Recreate the look by picking out your own perfect lipstick shade and running with it, letting it shine as the focus of your look. 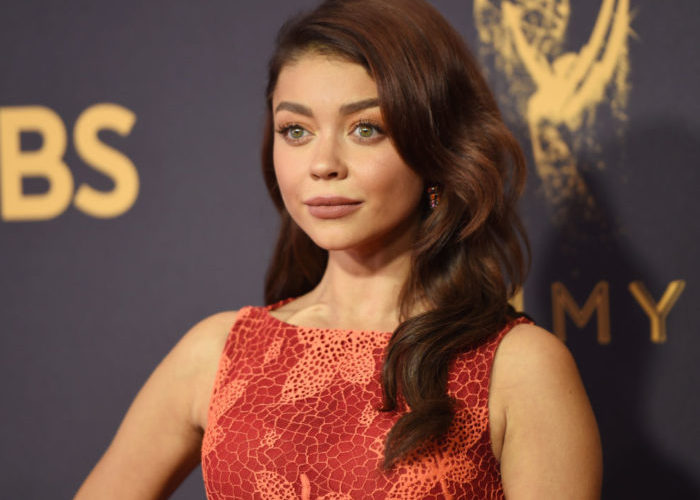 We all love watching Sarah Hyland as Haley on primetime big-hitter Modern Family, but we’re also obsessed with watching her when it comes to the red carpet! Her look for this year’s Emmy Awards is no exception to the stunning track record she’s established throughout her time in the limelight. Sarah turned heads with a gorgeous, gaping cut-out that practically turned her red floral gown into a two piece! However, even with her fashion-forward choices in mind, her hair and makeup is still the real winner to us.

The newly brunette starlet styled her hair in old-Hollywood waves, letting them cascade down loosely over her shoulders. She highlighted her plump, luscious lips with a nude to envy Kylie Jenner, then tying it all in by playing up a similar colour on the cheeks. Her wide, green eyes were framed to perfection with a structured brow and neutral, warm-toned shadows on the lid. Despite a few different hues going on in the look, everything seems to flow perfectly for total makeup envy on our end. 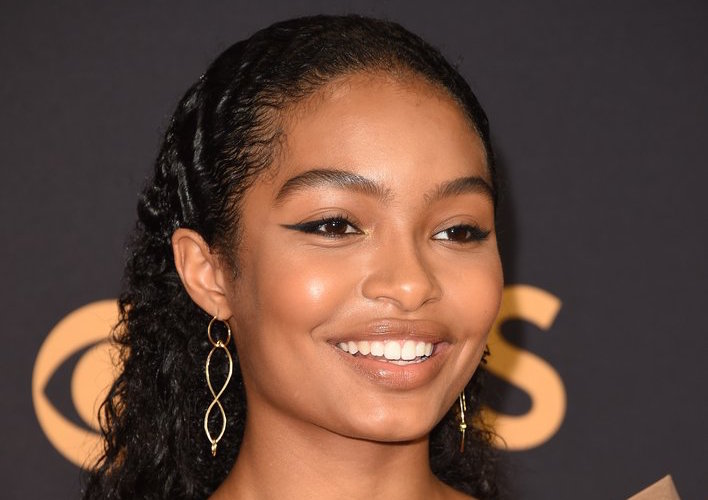 She’s the soon-to-be Harvard educated TV newbie who’s making waves in Hollywood–if you don’t know who Yara Shahidi is, it’s time to give this 17-year-old a look in! You’re sure to become infatuated with her passion for social justice causes, as well as her stunning red carpet looks, of course! This year’s Emmy Awards were the time to shine for the Black-ish star, who went for a smoked out wing and undone brows. Alongside her fresh and flawless skin, we love the natural yet unique look she’s opted for.

Get Yara’s Cleopatra-esque look from home by putting a twist on the classic wing. Use a pencil or crayon liner rather than your regular pen or liquid formula, applying with an angled brush if you need a little more precision. Smudge this out very lightly with a pencil brush, or instead leave it as is if you want to maintain the crisp lines. Replicate the starlet’s effortless brows with a dusting of brow pencil or powder, stroking upwards in the direction of the hairs. Yara has also popped a peachy shade on the cheeks and a glossy nude on the lips, keeping everything very monochrome.

Let us know what your favourite look from this year’s Emmy Awards is by commenting on our Facebook post! Plus, shop all the newest, most exciting cosmetics + more at RY today and save big! What are you waiting for?

The ESPA Bestsellers You Need to Know About